Please find below a link to the first in the Specialist Talk series.

Herioter rugby legends Andy Irvine, Iain Milne and Cameron Hutchison join PE Teacher Andrew Easson, Teacher in charge of Rugby Ewan Harrison and S6 pupils Cam and Boris as they chat through differences between the game of old and today.

The talks reflect the days before Heriot’s was co-educational – Girls’ rugby is an area Heriot’s is keen to develop, with options to play the game in P6, P7 and S1.

Our very grateful thanks go to Herioters Andy, Iain and Cameron, as well as the school participants, for making these films possible.

Andy Irvine MBE, former President of the Scottish Rugby Union and a former Scottish international rugby player. He carried fifty one Scotland caps, captaining the team on fifteen occasions, and scored 250 points for Scotland. He toured six times with the British Lions, 3 as a player (1974, 1977, 1980) and 3 times in a managerial capacity (2009, 2013, 2017). He is referred to as one of the greatest full-back of all time.

Iain Milne, known as ‘The Bear’ for his battling qualities on the rugby pitch, represented Scotland 44 times between 1979-1990. He also played for the British & Irish Lions. He is recognised as one of the best scrummagers on the planet. 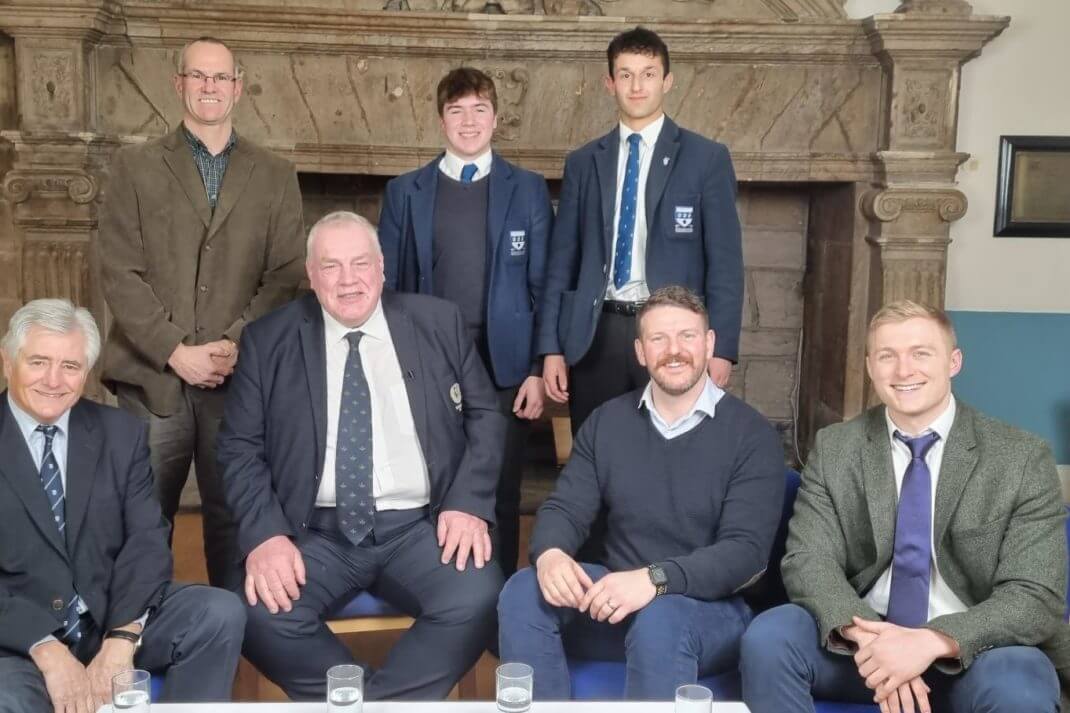