Scottish Independent School of the Decade

George Heriot’s has built a strong community through helping others, writes Senay Boztas

A village school in the centre of Zambia has an unusual connection with George Heriot’s School in Edinburgh. As part of the Scottish independent school’s founding mission to “distribute cheerfullie”, its lavatories are twinned with those at a school in Shamende. Pupils at George Heriot’s raised money for the safe sanitation necessary for the children in the remote village to continue their education.

A thoughtful, generous spirit is a fundamental part of the school, founded in the early 17th century for “fatherless bairns” by George Heriot, jeweller to King James VI, later James I. Its philanthropy is also a driving force behind its latest success. While its academic performance is exceptional, falling outside our top three only twice in the past decade, George Heriot’s determination to give something back contributes significantly to its designation as our Scottish Independent Secondary School of the Decade.

“In the last 10 years what has really come to fruition is a kind of focus on making sure that we live our two values: our official motto, ‘I distribute cheerfully’ and ‘Work hard, be kind, be happy’,” says Lesley Franklin, the principal. “Our motto is all about giving back, so we all live and breathe that.”

The school, which has 1,655 pupils aged 4-18, has a foundation which funds bursaries covering up to full fees each year for between 60 and 80 pupils who have lost a parent. As well as covering school fees – £4,414 per term – the foundation offers a wealth of other specialist support to these children to help them cope as they develop. There are a further 55 means-tested bursaries and 24 students on scholarships spanning the academic and expressive arts.

Heather Staines, the foundation co-ordinator and principal teacher of additional support, leads a team that gives emotional, pastoral and learning help to both pupils and parents.

“We know that bereavement can be a barrier to learning sometimes, so we help pupils within the department or get in extra help,” she explains. “I try to get to know all Foundationers, so they know they can come to me.

“I also try to get to know parents, for a chat, tea and coffee, or with speakers like Richmond’s Hope bereavement care, our educational psychologist, or our learning enhancement principal teacher. I think the parents benefit most from just talking to each other and getting advice!”

Pupils from the oldest year, S6, volunteer to look after younger children so their parents can attend the meetings without the worry of getting a babysitter. Senior pupils also get stuck in to fundraising efforts, Staines adds. Sometimes all pupils and teachers need help to explore how to approach the subject of bereavement sensitively.

“We look at sympathy cards together, thinking about what’s OK to say, and that just raises people’s comfort in doing so, knowing there’s not one right thing to say,” says Staines.

“What people overall appreciate is that you’ve acknowledged it, you’ve shown them that you care and that you’re interested. The big quality that exists in the school is just letting each other know that as a community we’re here for you. It feels really tangible.”
Final-year pupils look outside their own community to lend a hand. Most take three advanced Higher subjects, leaving space in their timetable for a volunteering programme with good causes across the Scottish capital.

“It can be life-changing for them,” says the head teacher. “If our S6 person is teamed up with a young person in a [social] project in Pilton who’s relying on them coming each week, then they have to be there, be responsible and do what they have been asked to do.
“Some things can be quite tough but it is really rewarding when it goes well for them. The sense that they are making a difference is huge.”

Outreach work has a positive impact on pupils’ wellbeing, Franklin adds, but when anyone needs extra support, there is plenty available.
Esther Arthurson, 17, has been at the school for 13 years and is now a school captain. “I think Heriot’s is inherently different,” she says. “Grades are part of the focus but the main one tends to be on people’s wellbeing. Every year group has a guidance team and mine is incredible.

“If people are struggling with anything, they are encouraged to speak to their guidance teachers about it. It’s confidential and a pupil-driven process, a really safe space where they can share whatever they need to share.”

Everyone is encouraged to give back through the school foundation. “A lot of my friends benefit from the foundation in various ways,” Arthurson says.

“It enriches the school and is something you get more and more involved with. The final-years raise money for the S6 gift, with things like abseiling off the school (which I promise is safe) to raise money. Everyone contributes and gets involved.”

Pupil participation is key to encouraging a sense of international citizenship, another strength of the school. Gemma Hay, principal teacher of citizenship, enterprise and international education, oversees 40 classes a week covering social education topics, human rights and subjects such as equality and democracy.

Heriot’s first won a gold award from Unicef in 2015 under the global Rights Respecting Schools programme, and several dozen pupils lead a campaign each year.

“A couple of years ago they wanted to look at the impact of inequalities around sanitation and we looked to be a Toilet Twinning school,” says Hay. “They did lots of assemblies, raising awareness; you could sponsor wrapping the head teacher in loo roll, and as a result our school lavatories are twinned with school blocks in less economically developed countries, and we have fundraised to make sure other people have access to sanitation.

“Two years ago their big project was on palm oil and its impact on the climate and this year they are looking at the impact of Covid on other countries, with a campaign to ensure equality in terms of healthcare.”

Among other initiatives, the school also has a Mentors in Violence Prevention (MVP) programme, training its oldest pupils to give lessons to younger ones in areas such as combating bullying, homophobic language and sexual harassment.

“That has been so important in having pupil-to-pupil interaction and peer-led education,” adds Hay. “I’m really proud of what we’ve done.”
None of these projects detract from the attention to academic excellence. Last year pupils excelled, carrying George Heriot’s to the top of our Scottish rankings with A grades gained in 78.5% of National 5 examinations and 77.7% of Highers, and A or B grades in 82.6% of Advanced Highers.

Phil Lowe, who teaches English, says there are broad expectations of the pupils and staff. “Pupils are rightly concerned about their national assessments, but we try to instil in them a love of learning as well,” he explains.

“We are teaching them how to persevere, to embrace challenges and to be flexible, and those are very important things.”
To do this, teachers work collaboratively making their own resources, thinking carefully about feedback and going the “extra mile” to make time for students. One staff group has developed strategies for rewarding pupils who are not achieving the highest grades.

“For the pupils who perhaps don’t achieve the high-flying results of their peers, we still challenge them to expect their best and reward them for doing that,” says Lowe. “There are different prizes and rewards to do with curricular and extracurricular activities which allow a variety of pupils to succeed.”

Extra activities range from a flute ensemble – where Arthurson says “all the cool kids go” – to curling, hockey and Pilates. School trips are organised as far afield as China, and to the battlefields of Belgium and France, to give pupils an insight into the wider world. Bursaries are available to help with costs if needed.

For Franklin, who is set to leave next summer after 25 happy years at Heriot’s: “It’s important that schools are happy places where pupils want to come, where staff want to come.”

“If people are happy in their environment, they are obviously going to do better and I think that’s something Heriot’s does very well. When we were inspected, the inspector said that she could hear laughter around every corner.

“We aren’t some academic hothouse: we just create a really good environment where learning can happen.”

Article taken from The Sunday Times 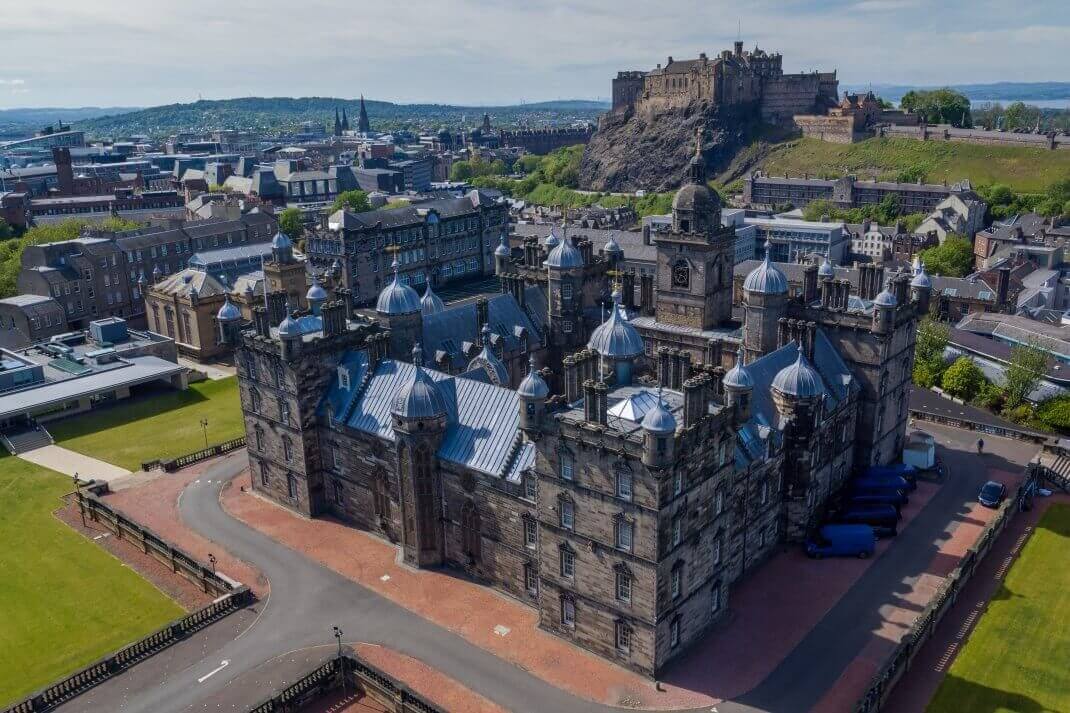 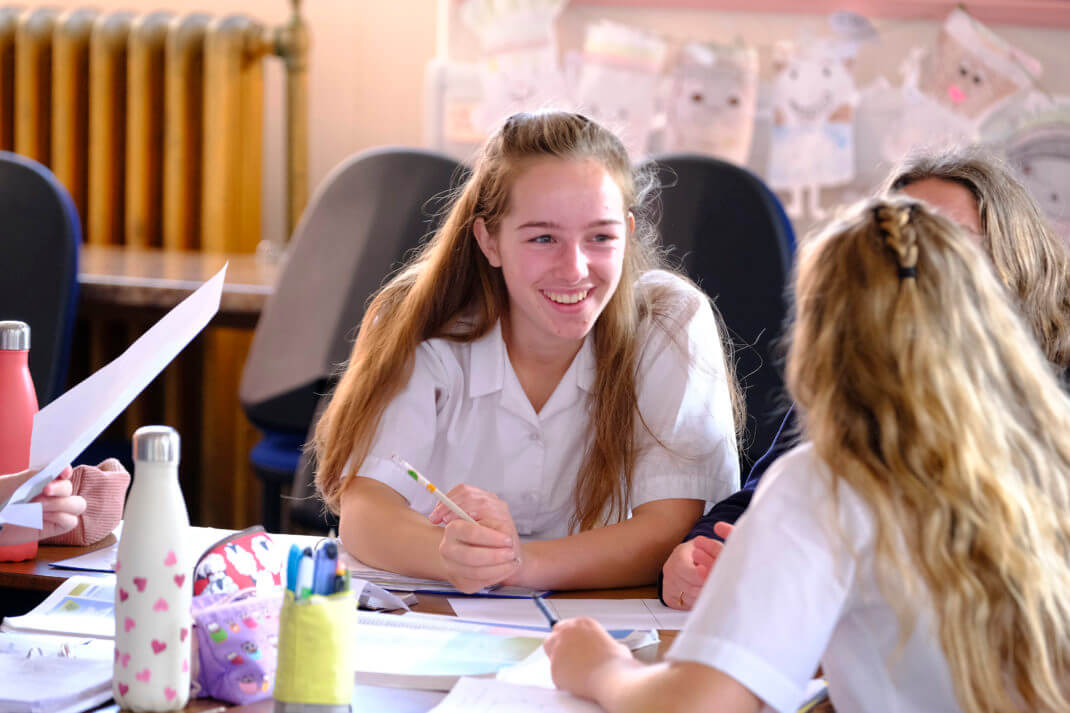 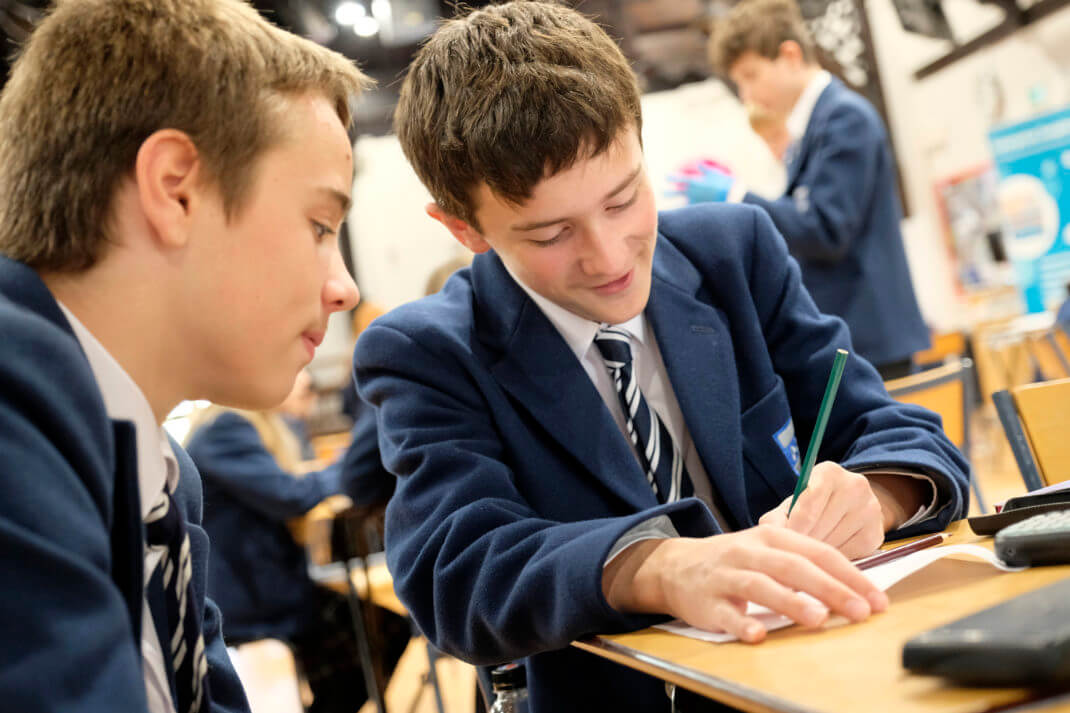