Please find below a recording of the Remembrance Ceremony and join us as we pay a few minutes silence to remember those we have lost, including those in the Heriot’s community. We will never forget.

A note from Captain M Hawkins:

“The Remembrance Sunday Parade is arguably the most important date in the CCF’s calendar. Each year the cadets involved work tirelessly to reach the highest standard possible. This year, although numbers were restricted, was no exception. The main aim of the day is to pay our respects and show our gratitude to everyone who has fought to give us the rights and freedom we have today. However, the parade really does emphasise the essence of everything we try to instil in our cadets. We place great focus on ‘soft life skills’ within the CCF at George Heriot’s; such things as self-discipline, teamwork, leadership, decision making and problem solving – and many of these aspects come to the fore when preparing for and performing at such a prestigious and important event.

The cadets were excellent on the day, in extremely challenging conditions. They deserve immense credit for their performance, dedication and hard work. They should be proud of themselves and the way in which they represented both the CCF and the School.”

Ceramic poppies have been created by Primary 7 pupils in Art lessons for Remembrance Day, and placed at the Memorial.

Primary 7 classes have been working on a project for Remembrance, copying out snippets from the Rolls of Honour for particular FPs that were killed in WW2. Isla (P7) chose her relative and cut out a photograph of her Great Grandfather from the Roll of Honour and has thoroughly enjoyed learning about his life.

Thank you to Eric, who sent in a photograph of a misty Monday in Edinburgh at the School gates, a photo he captured as he waited to collect his grandson. 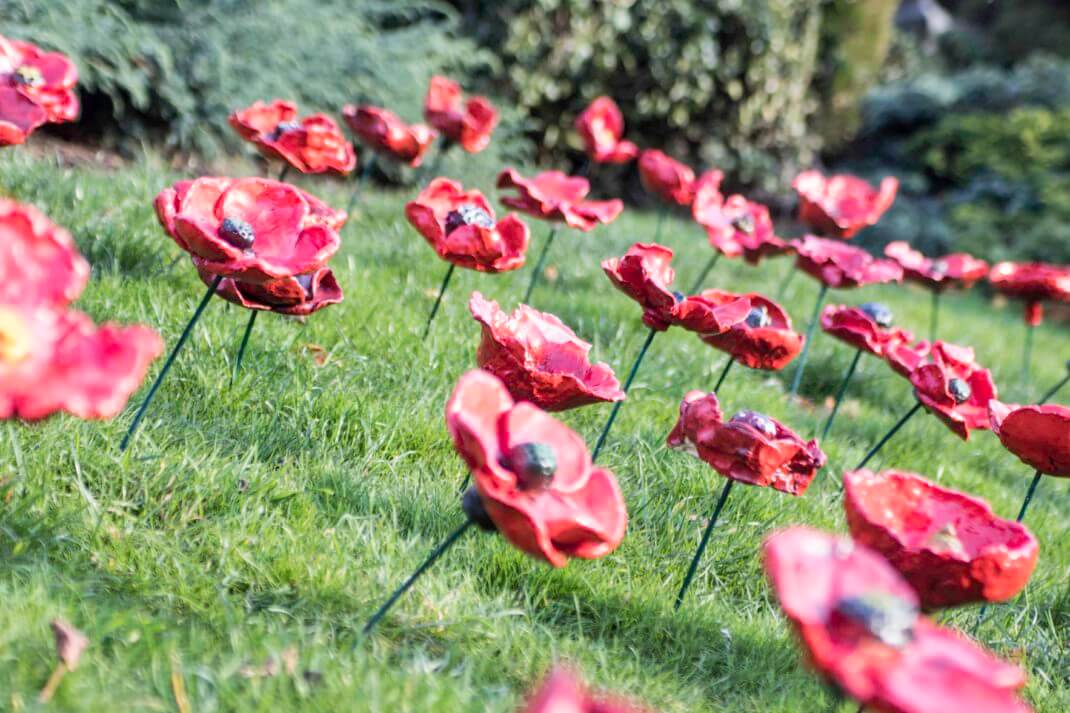 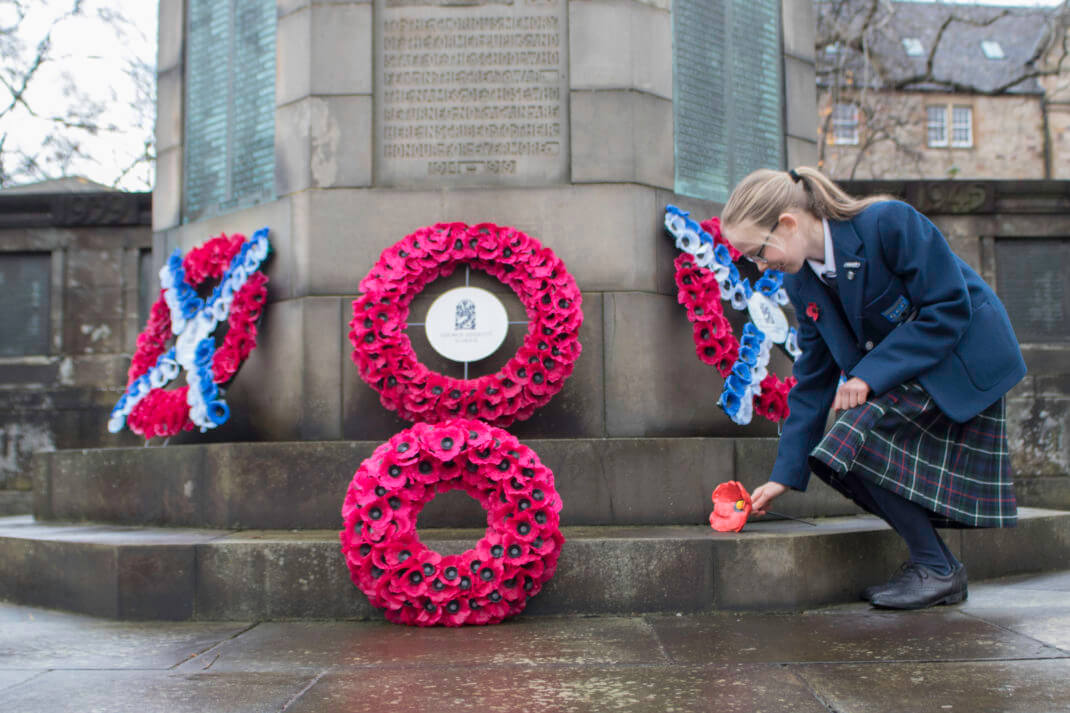 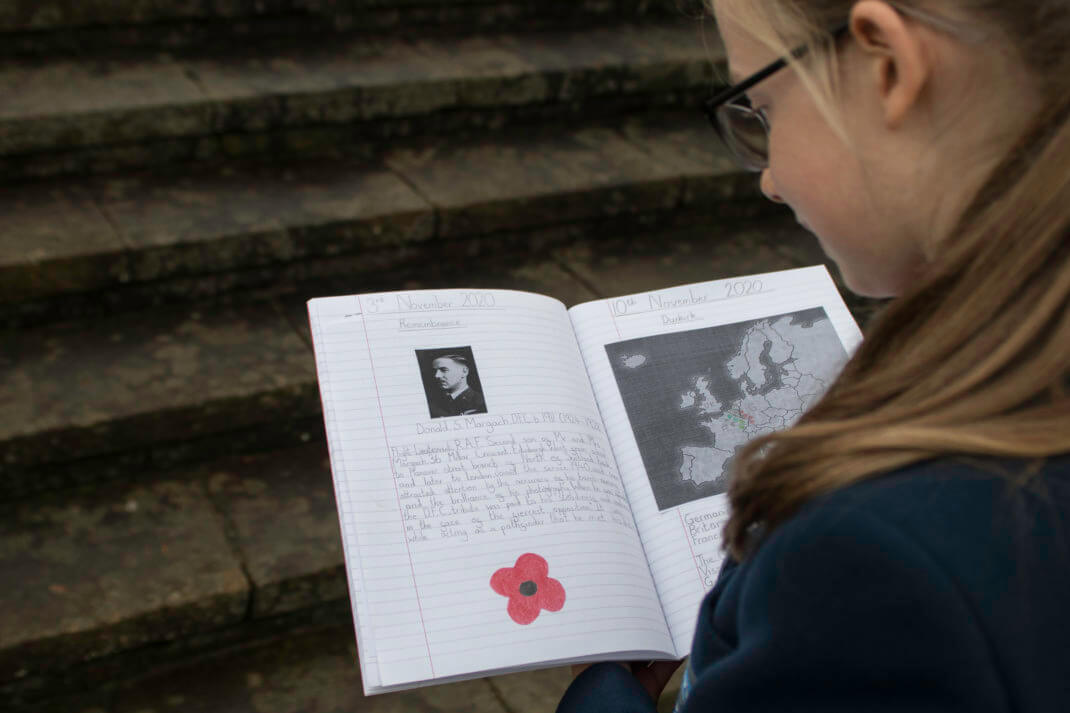 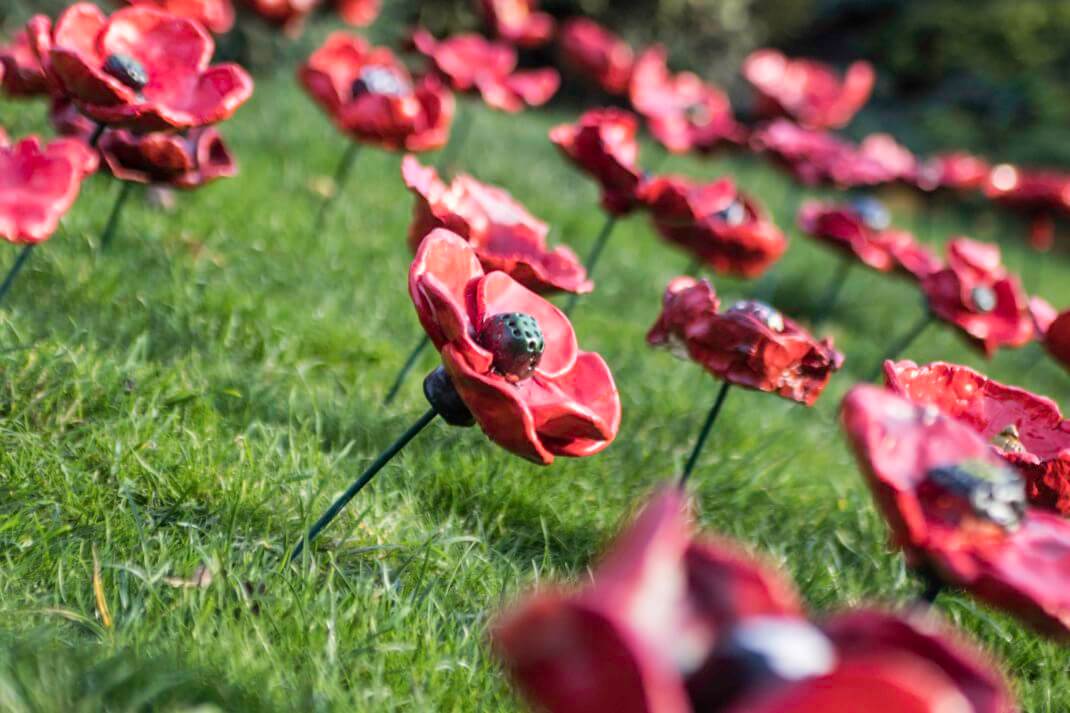 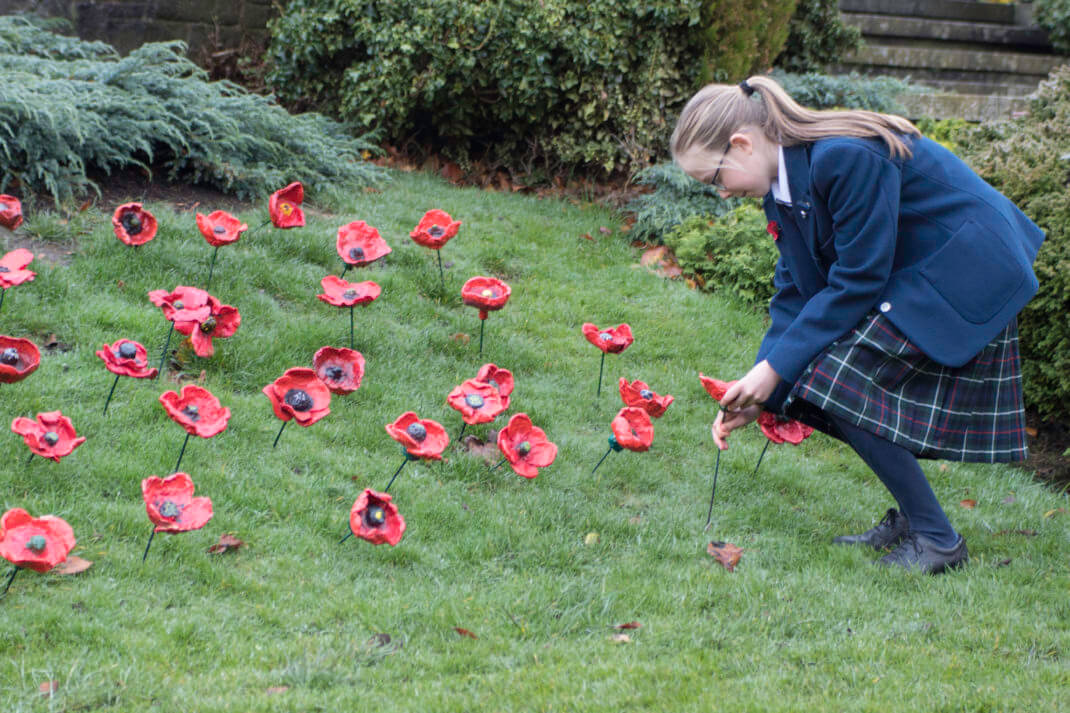 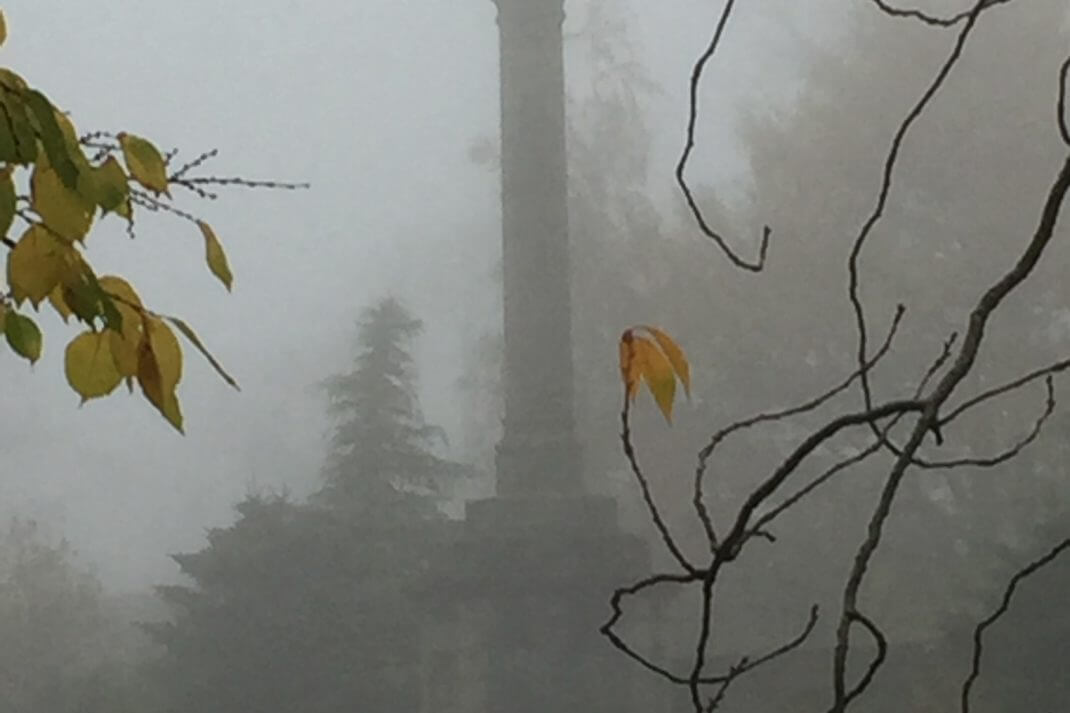