Pipe Band at the British Championships

Many congratulations to the Heriot’s pipers and drummers on their prize-winning performances in the British Pipe Band Championships, held at Battery Park, Greenock on Saturday 24 May.

In the Novice Juvenile A Grade, Heriot’s was awarded the title of ‘Best Drum Corp’ as well as second place overall.

Heriot’s was also represented in the Novice Juvenile B Grade at a major championships for the very first time with the young pipers and drummers giving a very good account of themselves on their debut.

There was also success for former pupil and School Pipe Major, Christopher Happs. Christopher now plays with the current Grade 1 World Champions, Inveraray and District, who were the overall winners of the Grade 1 event. Christopher is pictured below with the Grade 1 trophy and fellow Inveraray piper and Heriot’s instructor, Mr McDermott. 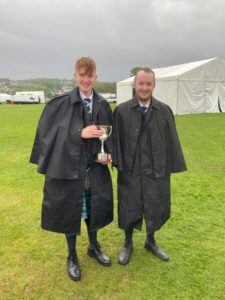 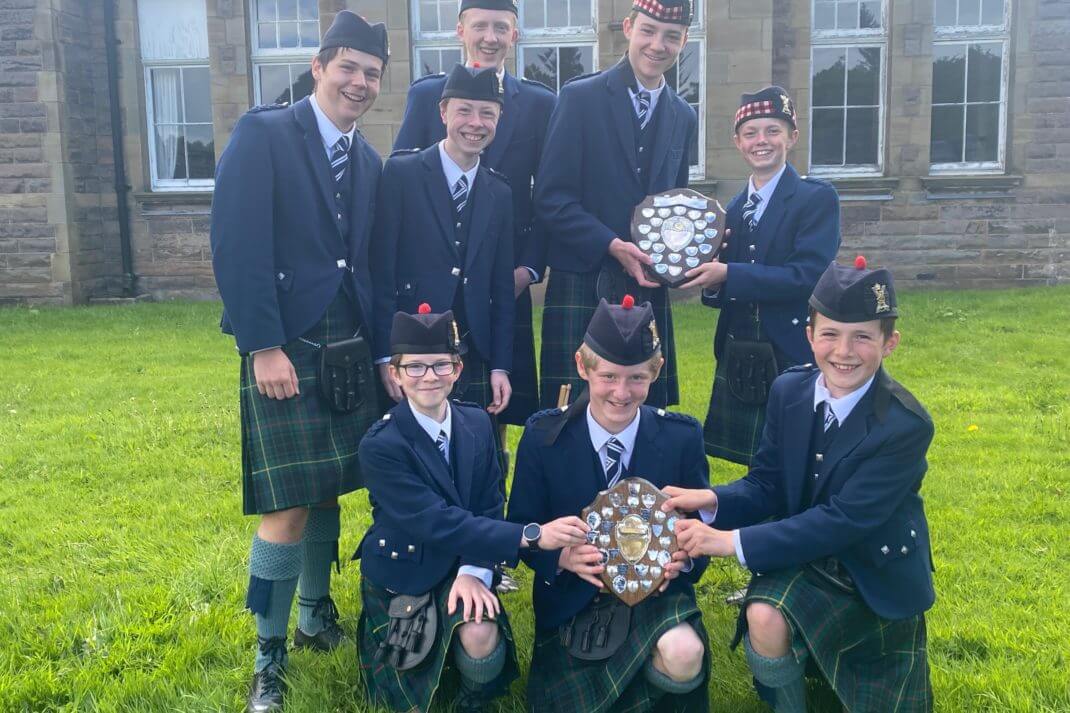