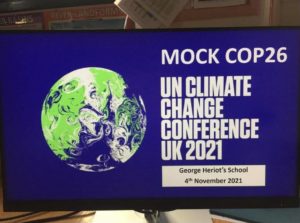 Pupils were put into country delegations, representing 18 different countries including China, the UK and the Marshall Islands. Each delegation gave a speech on their progress towards meeting the Paris Agreement and their targets moving forward, after doing detailed research about their countries. They also wrote and debated resolutions on how to solve climate crisis.

Prizes were awarded to student based on teamwork, constructing convincing arguments and public speaking.

The Junior School Eco Club has been busy this week, as they have written postcards for the World Leaders about their hopes for the future. Some examples are below.

My hope for the future of our world is… 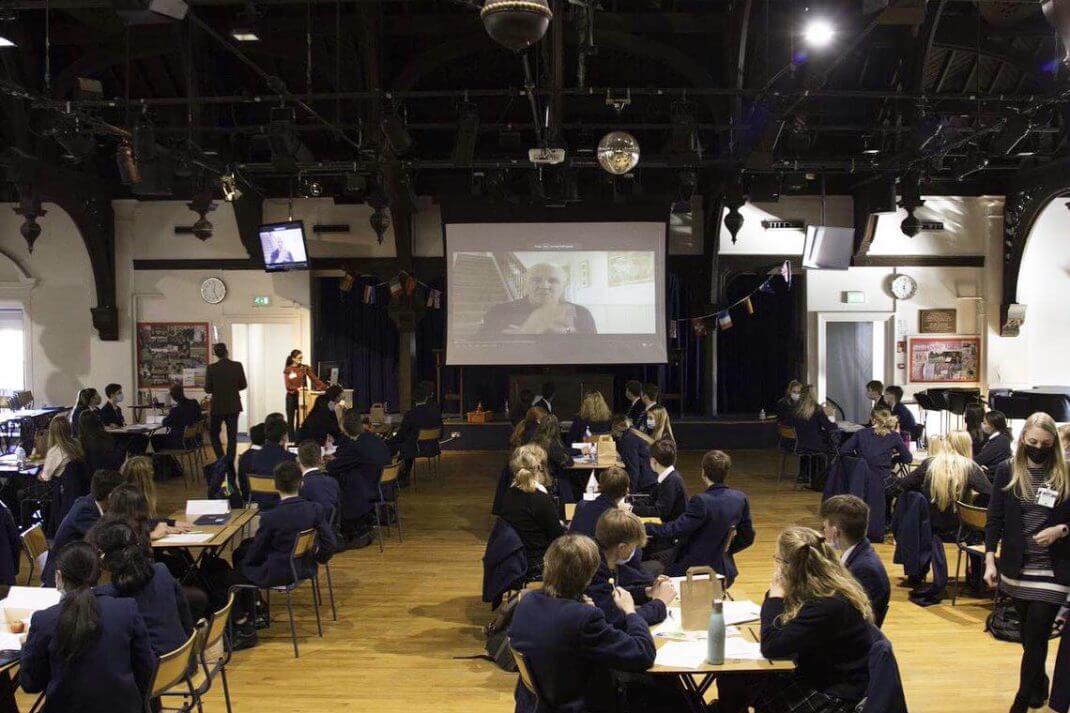 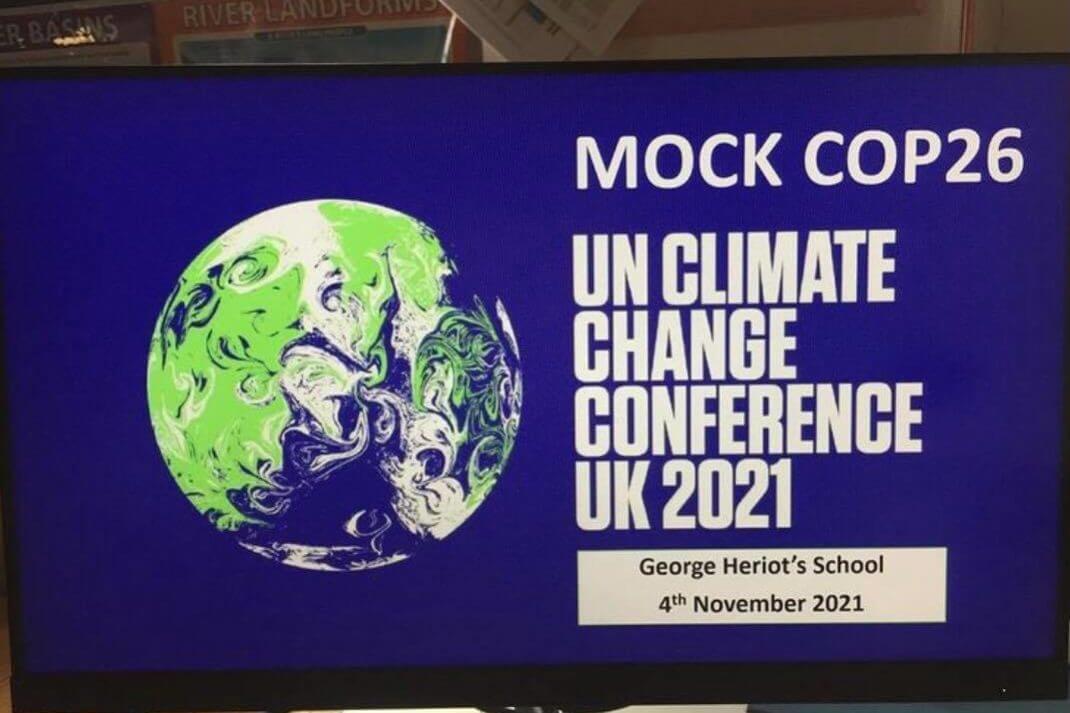 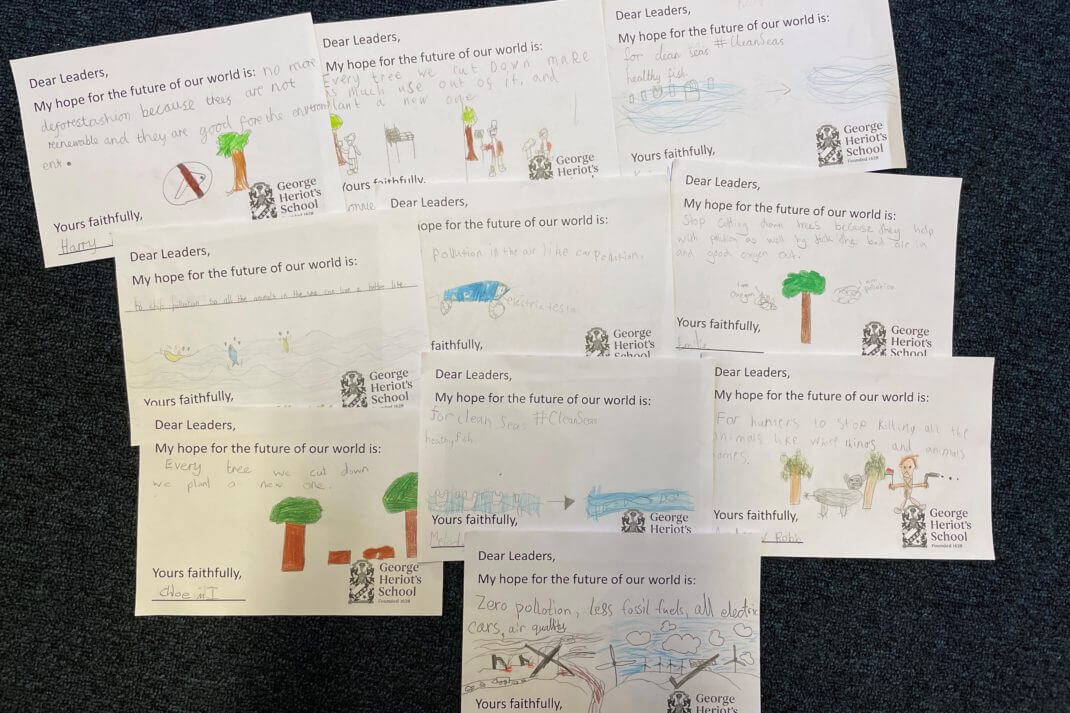 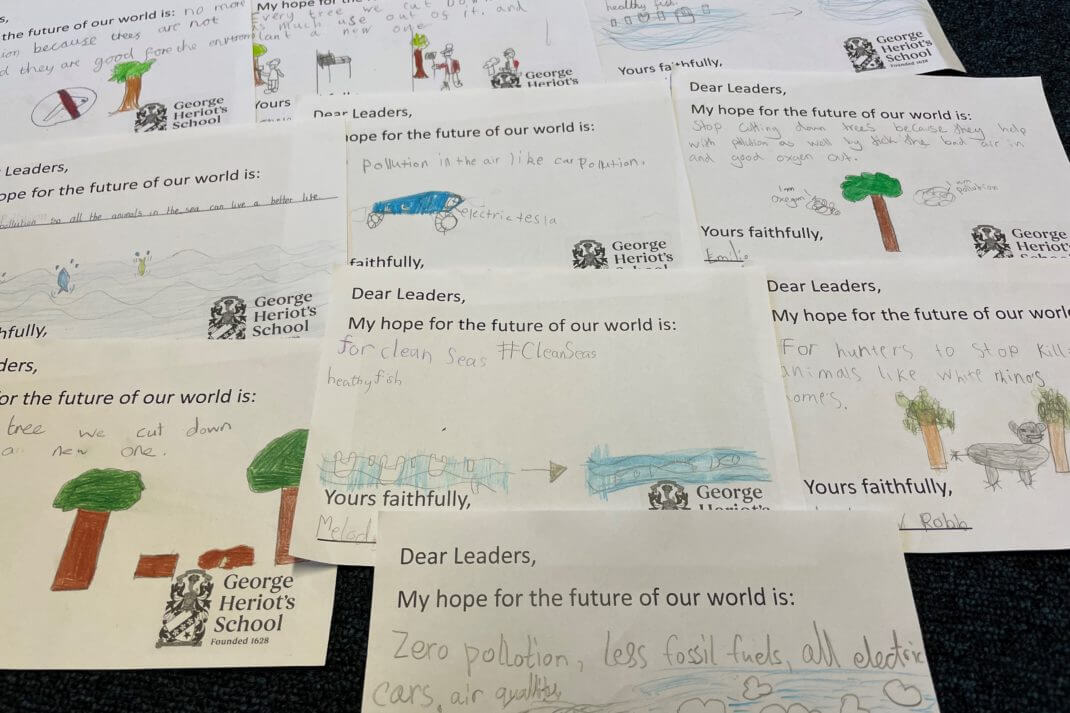 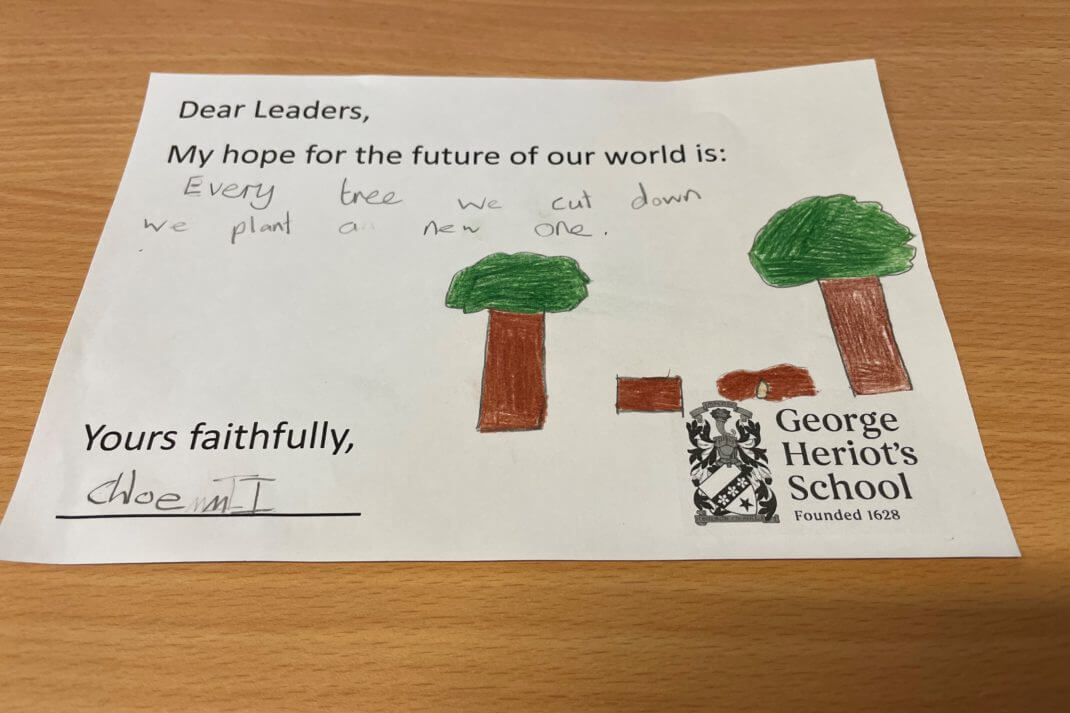 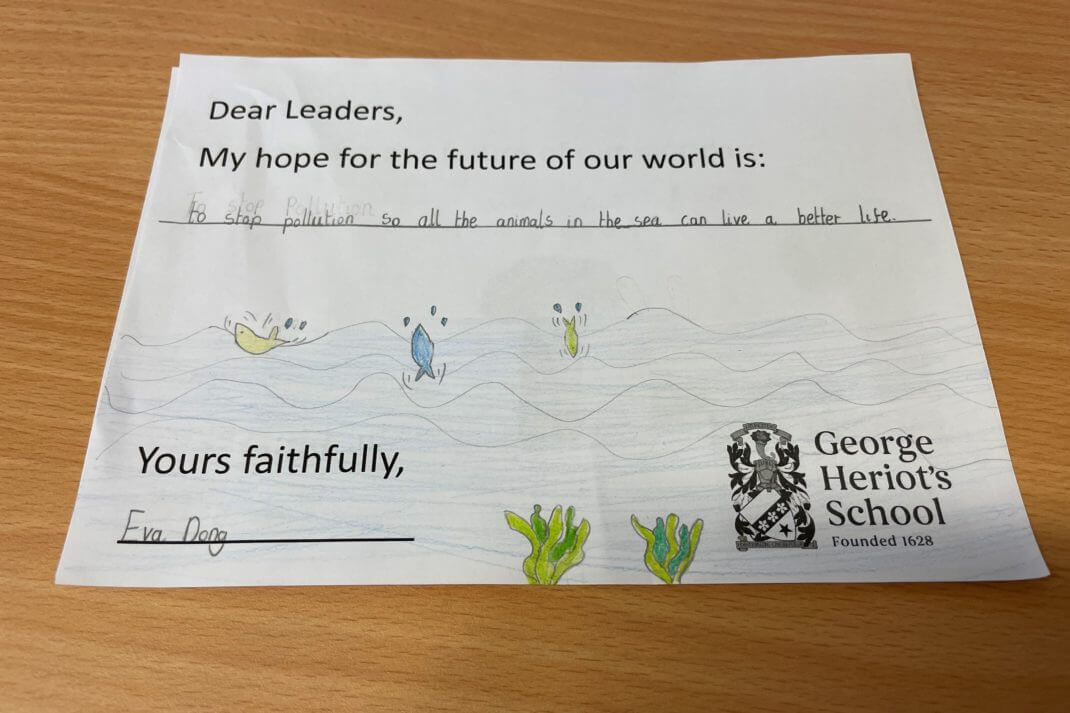