In November, over 850 pupils from P4 to S6, took part in the Bebras Computational Thinking Challenge in school.

The Bebras Challenge is an international competition in which pupils must solve a number of fun logical-thinking problems online. These puzzles tested our pupils’ skills in areas such as pattern recognition, decomposition, and algorithm creation.

Over 360 000 pupils took part across the UK  and 145 of the George Heriot’s School pupils who participated scored in the top 10% nationally and were invited to take part in another competition aimed at developing talented computational thinkers, the Oxford University Computing Challenge (OUCC). 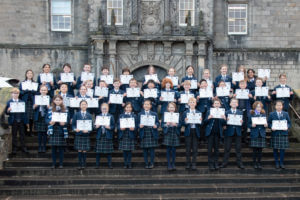