Next on the blog we have Ivor Williams 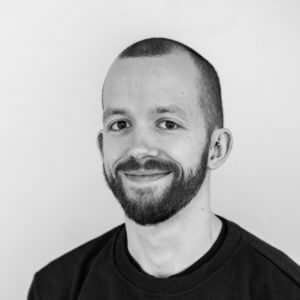 I’m currently Lead for End of Life Care at the Institute of Global Health Innovation at Imperial College London, where I’ve been for the last 7 years.

I lead a small team (designers, technology developers, clinicians) working with other academics, clinicians and experts developing projects to support people to have a better end-of-life experience. I work ‘end-to-end’ in what they call an innovation process. So at one end, I’m involved in user search where I spend time in environments where people are being cared for (like homes, hospitals, hospices) and understand what’s going on in an everyday way, learning about what people really need when they are ill or dying. Moving through the process, I’ll work with designers on my team to come up with ideas and concepts to respond to those needs and we’ll prototype solutions – stories, printed things or more complex bits of working technology –  that we can test with people. I’m also involved in finding money to scale up those solutions, partner with organisations like hospitals trusts to try and get these designed things out in the wider world.

I loved Art and Design, and CDT (is it still called that?) and History. But not much else, so in retrospect it’s obvious where I ended up. But at the time, I really didn’t think I was good enough for Art School. But I left Heriots, with some good but not great exam results, to study Foundation Art at Leith School of Art. I spend a year painting, creating sculptures, exploring different practices. I did a coin flip between studying sculpture and graphic design (the latter I thought, would not leave me living as a poor artist). I went to Glasgow School of Art and studied Visual Communication (graphic design, illustration and photography). I paid my way through art school by working at Rockstar North games testing GTA games in the summer (still the best job I’ve ever had). But I had a blast at art school, and graduated in 2007 with a degree show focused on ‘atheism and death’: I designed and made lots of philosophical books, posters and laborious prints. I figured it was my last chance to be really creative before getting a ‘proper’ job. Which I did, as a designer in a London studio straight from the degree show and worked there for a year. Between 2008 and 2012, I worked freelance and in other interesting design studios but struggled for a long time doing work I didn’t like (but paid the bills) doing stuff for fashion clients and art galleries, developing branding, identities, designing books.

But one day in November 2012, I convinced myself to go back to the work I cared about: something around design and death. By complete luck (I mean, sliding doors-type 50/50 chance) I ended up working in Italy on a magazine called Colors, and pitched my idea for a design studio focused on death to the CEO. He liked it, gave me my own studio and job for a year in Italy at a place called Fabrica, and I developed new projects (interactive technologies, physical products) that were more aligned with what I wanted to do. I moved to Italy near Venice, had a blast. Drank lots of prosecco. Ate lots of clams. We made some great projects, but I wanted to get closer to the action, and wanted to work inside the healthcare system. Thankfully, I learned of a new design studio in London called the Helix Centre, which was based in a hospital. They had an opening for a designer to work on end-of-life projects. I applied in 2015. At the same time, I created a start-up that was focused on digital music therapy. And that’s the sort of stuff I’ve been doing since.

Well, professionally I have been leading a dedicated area of research and innovation at Imperial College London, all with a BA in graphic design. Most of my colleagues are senior academics and clinicians: all those academics/bookish types that I haven’t spent any time with since I did my Standard Grades at school. I think it tells me that id you really care about something and can articulate yourself and your dreams, put in the right effort at the right time, you can do anything you want.

But I’m most proud of two things in my life.

Firstly, is a thing called Cove. When I worked in Italy, I wanted to create something for young people who are experiencing bereavement, and knowing how terrible social media was for difficult emotions, I had an idea to make a ‘music-maker for your emotions’. My friend Alex and I pitched it and got some investment from a VC, and created a music therapy app. I’m so proud to make  something that means so much to me, that ended up being one of the first mental health apps approved by the NHS a few years ago. It’s a simple idea, but it seems to resonate with hundreds of thousands of people around the world.

The second and biggest thing I’m most proud of is my baby daughter, Alba.

What are your favourite memories of Heriot’s?

I have complicated memories of Heriot’s particularly in my last year. In the final spring, my very dear friend David took his own life in March 2002. It broke my world. In many ways I’ve dedicated my life to his memory. You can trace a gentle line from his death to my work today, right? So, my favourite memories are of me and him: cackling and fooling around at break and lunchtimes; with bleeding hands and aching muscles on frosty canals in our rowing boat; sharing headphones in the back of school vans en route to another race; writing absurd poems in our hymn books; talking in constant reference to Douglas Adams, Chris Morris or Vic and Bod; the banal, last thing I ever said to him… They are bittersweet memories, but I wouldn’t trade them for the world.