Next on the blog we have Rosie Mackay as she talks about how invaluable the Heriot’s community is. 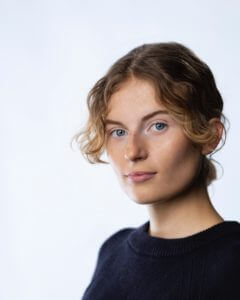 I am the co-founder of Name Pending Entertainment Ltd. A new and upcoming production company based in Edinburgh. We are a team of two actors who set up the company to share the work of creatives finding their feet in the creative industry. Within my role at NPE I produce, write, direct as well as act (got to get that experience!) which at times can be a lot! At the moment, we are working on a show called “Chicago, Chicago!” which will be headed to the Edinburgh Fringe Festival 2022.

I’d wanted to start up a production company some day but hadn’t thought of actually doing it until I chatted about the idea with my business partner (and best friend) Regan Walker. We then did a bit of research on other production companies and how they built their empire as well as building our network and we quickly became engrossed by the idea. Since then we have written the script for a feature length film which we plan to bring into production around 2024. We also have a few other projects underway that we are excited to get our teeth stuck into. But most of all, we’ve been working on our fringe show.

At the moment, the fringe show. I’m sure that’ll change as we accomplish more projects but this show was an idea that I’d been pondering on for about a year before I started to write it. In fact, it wasn’t until I was locked in my bedroom due to covid back in March that I actually took the time to start writing. And now looking back, we’ve done a lot. When you’re behind a computer screen sending emails back and forth it can be hard to see all that we’ve achieved or feel like anything is happening at all, but then we’ll have those moments of “oh we are actually doing a fringe show!” and it is a reminder of how much we’ve done to get here (and a slight bit of how much we’re yet to do!)

Probably the entirety of S6. It was a whirlwind of a final year with covid getting in the way, but for me it was the year I solidified amazing friendships with people I’d been distant friends with most of my time at Heriots. These are the people that I now stay in contact with the most and have no doubt I will continue to for many years to come. My group of Heriots friends are all going into vastly different careers but we are all so excited for each other’s milestones and I’m honestly so excited to see what we all achieve in the future.

And secondly house drama. It was a time all year groups mingled and got to know one another. It was fun to help create these stories that pupils had written as well as watch my first written play come to life when I co-directed in S6. It probably played a part in the idea of starting up the production company without me even knowing it.

And two ‘takeaways’ from Heriot’s days?

The rights respecting aspect of the school has played a big part in our production company. Not only is our fringe show about respecting women but a lot of our future projects look at the divide of equality and rights, whether that be through theatre or film.

Lastly, to be grateful and make use of all the opportunities you have at hand. Not many people get to perform their school music concerts at the Usher Hall and you won’t get that opportunity again once you’ve left!

You don’t have to take the standard route. Of course maybe if you want to be a lawyer University is probably a good shout, but it’s not for everyone and that’s ok. Also know that  you never know what’s in store for your future, I had no idea this time last year that I’d be doing what I’m doing now. You have time.

I’d also say make use of the Herioter’s community which can be a great network of people. You can find people who can help you with career advice and maybe know of opportunities for you.