The next instalment of After Heriot’s features Andrew Orr.  Now working in Film and TV production, Andrew has some words of wisdom for Heriot’s pupils and shares how he got to where he is today. 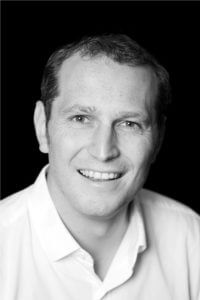 I am the Managing Director, Independent Entertainment.  We are a London based Film and TV Production and International Distribution Company.  We have produced Films such as We Need To Talk About Kevin starring Tilda Swinton, The Falling starring Maisie Williams and Florence Pugh and Mr Nice starring Rhys Ifans amongst others.  We have also worked on the financing and international distribution of films such as What We Did on our Holiday starring Billy Connolly, Moon starring Sam Rockwell, Starred Up starring Jack O’Connell, Supersonic a documentary about Oasis and Exit Through the Gift Shop, the documentary made by Banksy.  Currently I am setting up our TV drama business trying to make high end TV drama.

I knew that I wanted to work in Film but wasn’t sure how to get into the business so after Heriot’s I went to Aberdeen University to study Law. In the back of my mind, I thought I could become an Entertainment Lawyer. I realised quickly I didn’t want to be a lawyer, so I tried to get summer jobs connected to Film; working on Film shot outside Edinburgh and doing work experience in a Film Production company in London.  After graduation I worked for Universal on the international distribution of their Films starting with Notting Hill and Being John Malkovich.  In 2005 I helped set up Independent Film Sales where I have worked ever since across international sales, distribution and producing.

What are your notable achievements?

My first job in the independent Film sector was at a company called The Works and in the space of about 18 months, I worked on Bend It Like Beckham, Sweet 16, 24 Hour Party People and Whale Rider.  Films that are still talked about today!  At Independent we produced and sold internationally We Need To Talk About Kevin.  Launching the Film in competition in Cannes was one of the most exciting experiences of my career.  We worked on Supersonic, the documentary about Oasis which was great fun.  I remember listening to their album for the first time on the bus back from a school trip so it was a special experience working on the Film as for people of my generation, they were our band!  Starred Up is one the best Films I have worked on and was made even more special as it was with a great Scottish Producer and Director.  I was able to work with one of my heroes Billy Connolly on What We Did On Our Holiday.

Working in Film is an uncertain and stressful business, but I am very proud of all the Films I have worked on.

What are your abiding memories of Heriot’s?

I played the trumpet and played in the Orchestra and Concert Band under Mr Duthie and Mr Brownlee respectively.  My trumpet was passable and I spent too much time mucking around but I was fortunate to be part of two incredible groups.  At one of the Usher Hall concerts, we played Gershwin’s Rhapsody in Blue which is one of my favourite pieces of music.  We played Carmina Burana in a concert in the Quadrangle with our German exchange school, a fantastic venue for that dramatic piece of music. In Concert Band we played some great Film themes including the Theme from the Indiana Jones movies and Beverly Hills Cop; cementing my love for film soundtracks!

I loved sport and spent a lot time at Goldenacre playing rugby and cricket and also watching the FPs with my father and grandfather.  It’s a wonderful sports ground and I have a lot of happy memories (and a few bad ones!)

One of my favourite memories was organising a prank on Red Nose day in our final year when we hijacked assembly.  We dressed up as the characters from Reservoir Dogs, Quentin Tarantino’s first film.  We hid at the back of the hall and played the iconic music from the Film, Little Green Bag as we walked in.

What are your ‘takeaways’ from your Heriot’s days?

Heriot’s developed my love in a broad range of subjects and interests – English, economics, sport, music, drama.  I never felt that I was limited or had to choose one over the other.  My life and career have encompassed all those interests and I am thankful to Heriots for its encouragement.

The broad range of interest meant that I was always mixing with a wide range of pupils, and I had some great friends across the school – the rugby team, trumpet section, wheelchair duty at the Royal Infirmary for my DofE award, Greyfriars house drama, the 45 bus crew! Admittedly it was mixing within the bubble of an Edinburgh private school, but something stuck as I have enjoyed working and socialising with a broad mix of people from around the world.

The best advice (which wasn’t given as advice) was the question my Dad would ask during the early and uncertain days of my career in Film which is “are you learning?”.  If you keep learning and developing, then you will do fine. Good luck!