Congratulations to the combined George Heriot’s / George Watson’s Senior Girls Football Team who won the Scottish Shield on 8 June for the first time, at Ainslie Park in Edinburgh.

The game was a real battle, 1 – 1 at full-time with Nina H having scored the Heriot’s/Watson’s goal. Penalty shoot-out commenced. Thankfully, we prevailed and are now in the history books!

Mr Grant was in charge of Girls Football at Heriot’s for years, prior to leaving the School last year to take up a teaching post at a school in Fife. He came back to attend the match on 8 June:

“A picture says more than 1000 words, so thrilled for and proud of each and every one these girls. Commiserations to St Ninians High School – nobody deserved to lose that match and their day will come. Huge credit to the Scottish Schools Football Association for going the extra mile to help make all these memories.”

Over 50 girls now take part in Football at Heriot’s, with the numbers and interest growing each year. Fingers crossed for a win next year, girls!

You can see George Heriot’s/George Watson’s path to the final here. 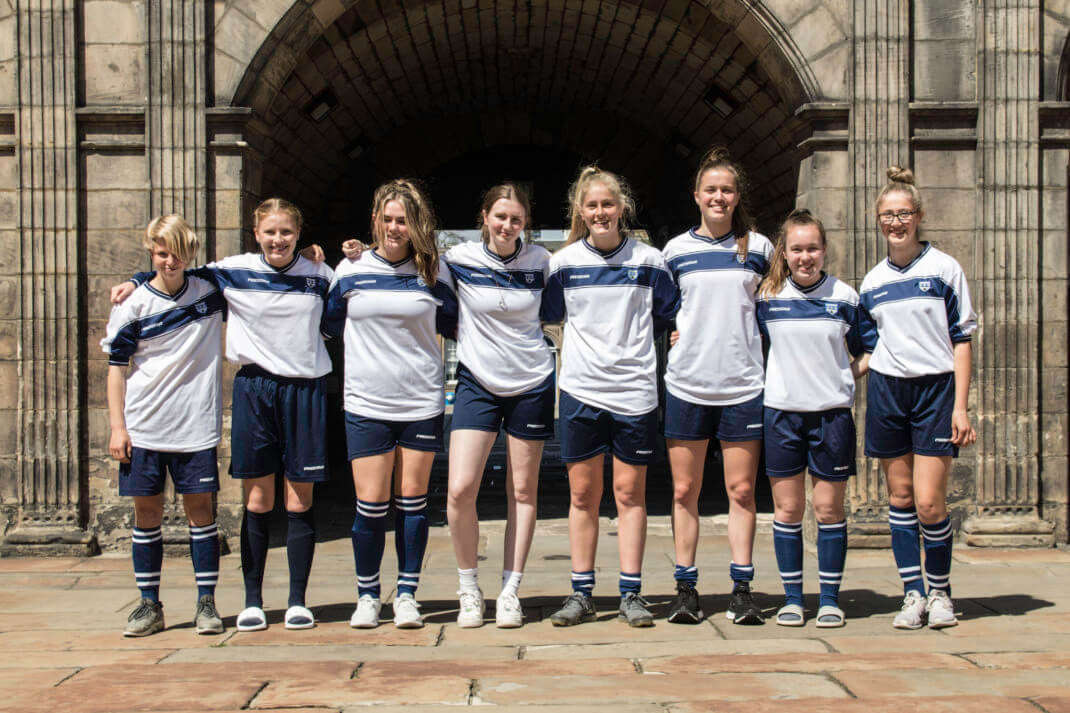 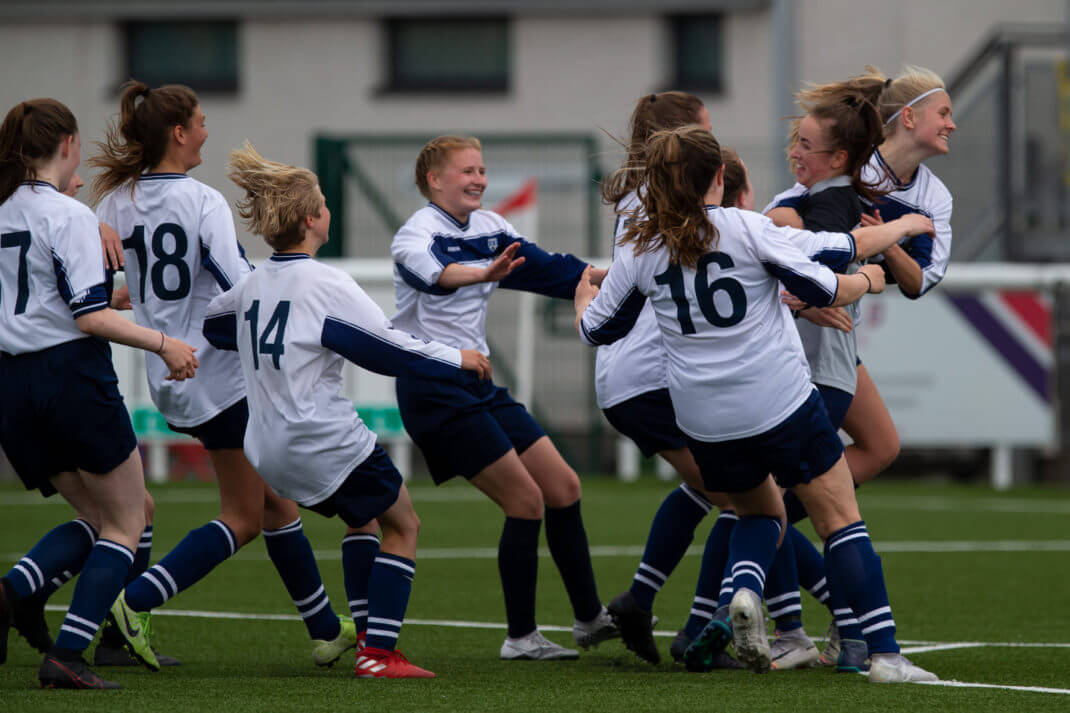 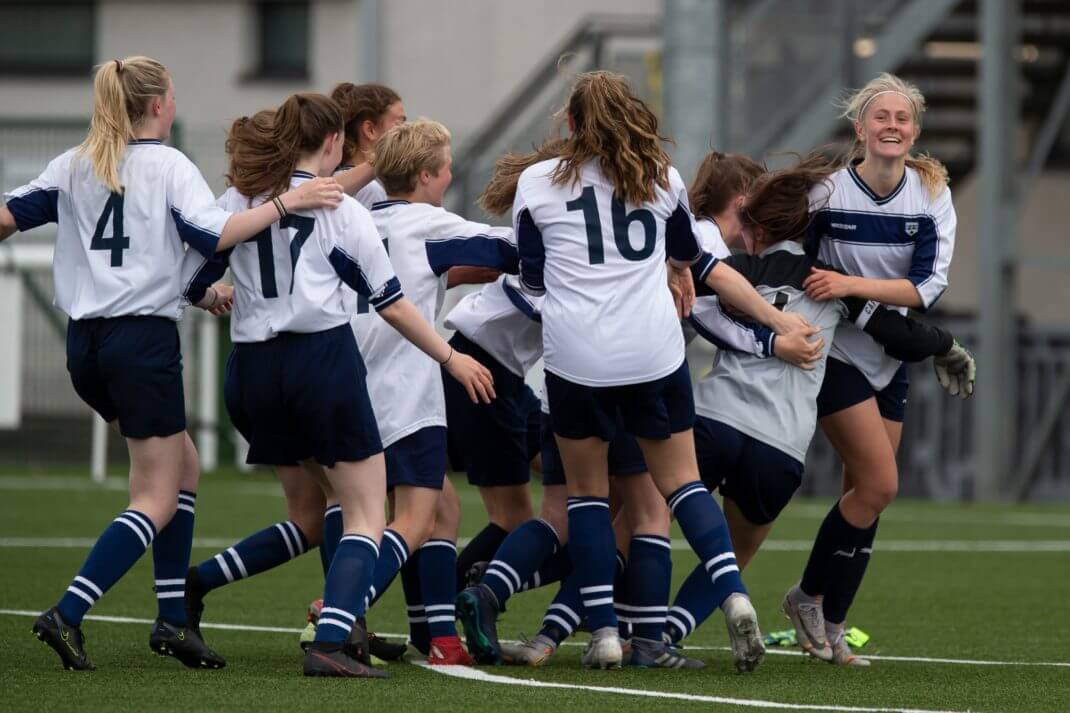 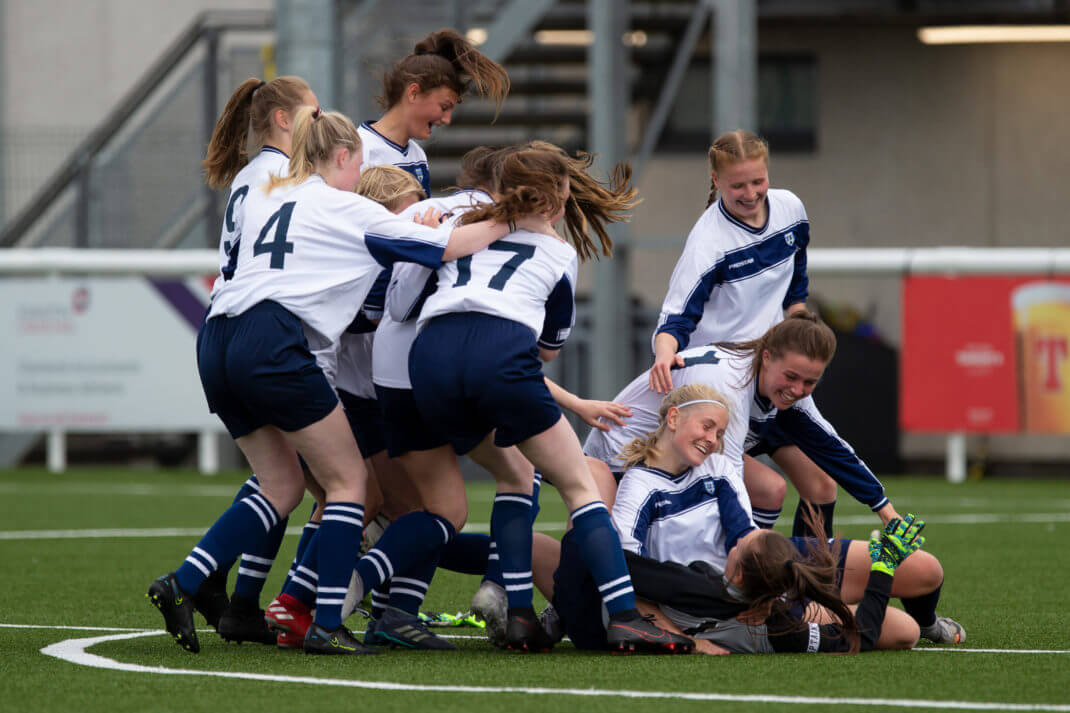 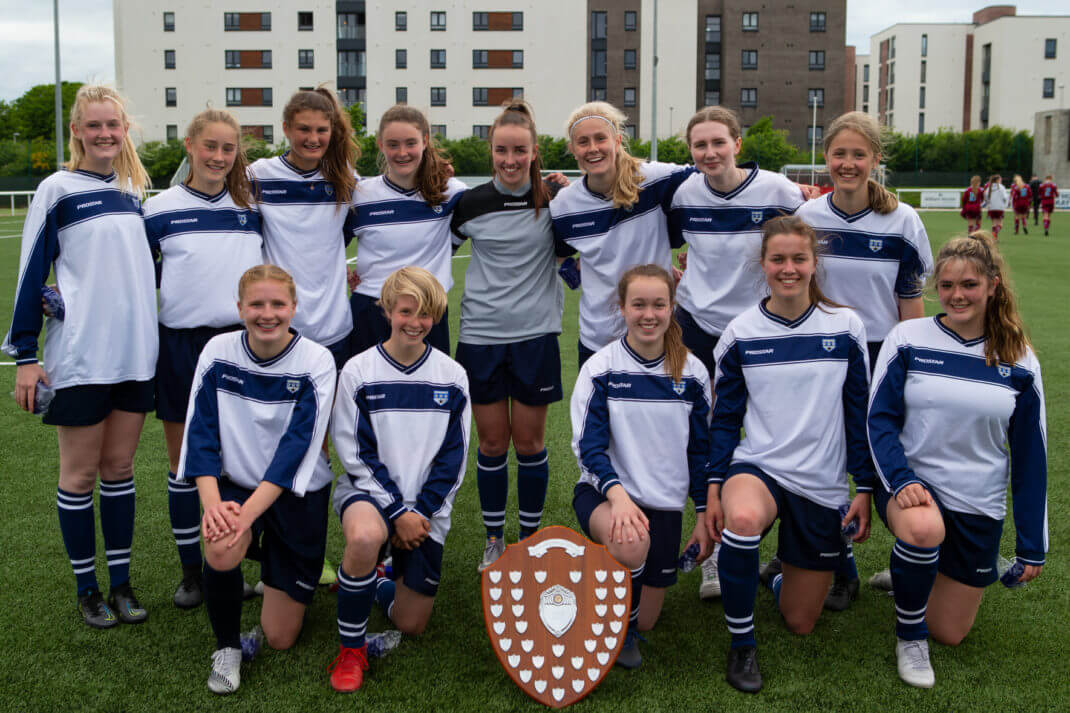