One defibrillator has now been installed in the school Refectory, which is normally a hub of activity during the day and will be a vitally important piece of equipment to have on campus.

Four of the current S1 pupils were joined by Mr Morrison, Head of the Junior School and Olivia, Manager at Soderberg, as they were presented with an appreciation award by St John’s volunteers.

It was great to see them be so inspired by what they had managed to do that they taught their classmates all about cardiac arrest, CPR and defibrillators. This led to the class raising enough money not only for a defibrillator for their school, but a second one to go out in the local community.

Words are not enough to praise and thank these young people for all they have done. Everyone at St John Scotland is so proud of the George Heriot’s P7R 2019-2020 pupils and the effort they have put in to fundraising for these essential devices. It’s fantastic that through this project they have also learned about, and raised awareness of, cardiac arrest and how CPR and defibrillators can save lives.

We also want to say a big thank you to Soderberg for agreeing to host the second defibrillator within their premises, which now is available for anyone who may need it.”

Definitely distributing chearfullie – well done to you all! 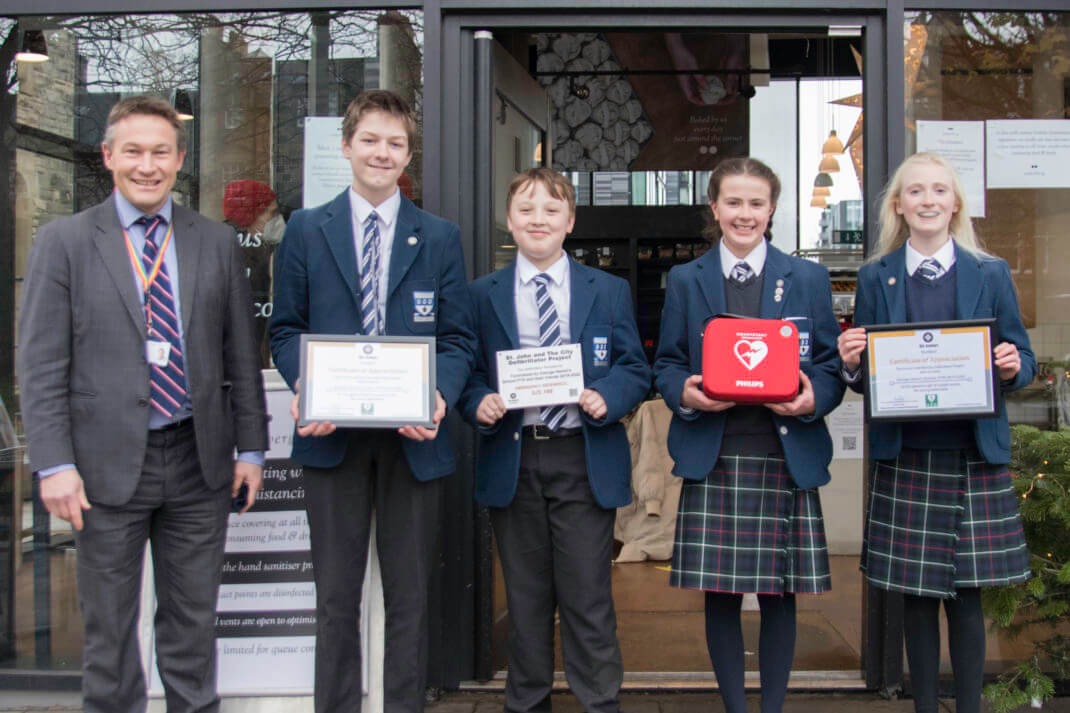 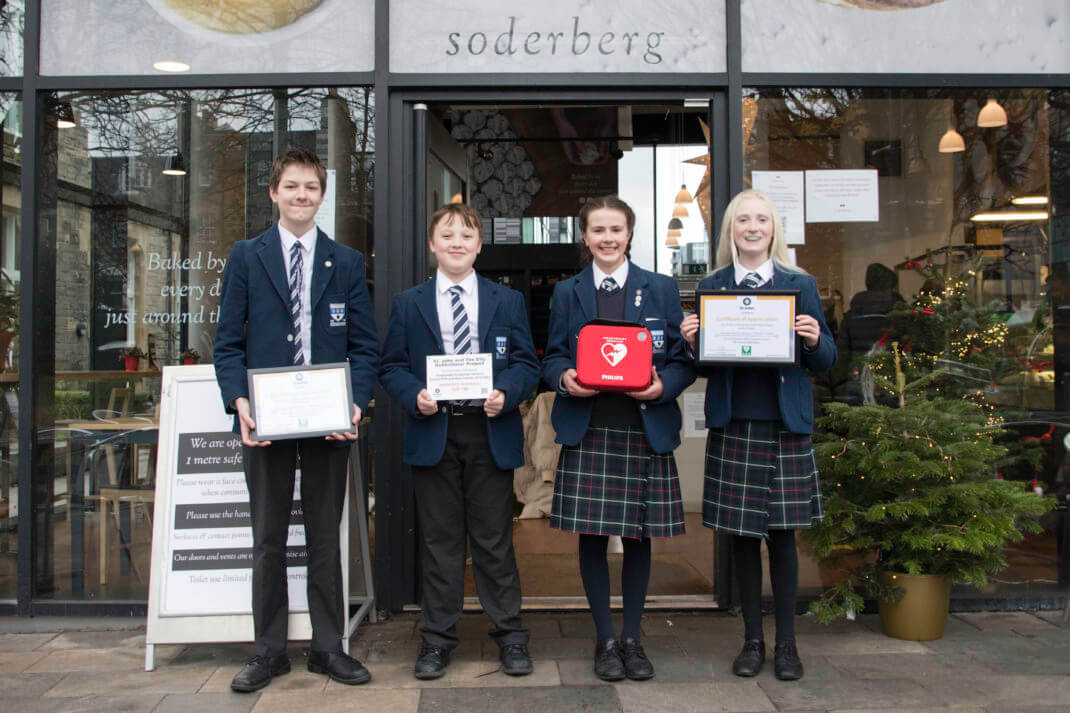